If You Can Stand The Heat: The History of Women and Food 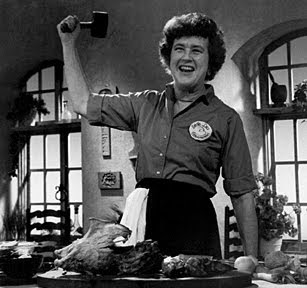 Hungry?
Here are some nibblets Guerrilla Girls On Tour discovered on the internet in the last 10 minutes:

• February 4th marks the 27th anniversary of Karen Carpenter’s death via anexoria nervosa.
• The major motion picture Julie and Julia is moving into it’s 2nd month of release.
• The Biggest Loser is currently in it’s 9th successful season on NBC.
• 18% of the world’s population is starving, and they’re not doing it on purpose.
• May will mark the 2010 annual James Beard Awards Celebration.
• Paula Deen has 45,000 followers on twitter.
• Fat Camp The Musical debuts at the 2009 New York Musical Theatre Festival this month.

Are you confused? So are we.
Every time we open the refrigerator.

Jamming food into our mouths is the way our major organs continue to function. It’s a good thing, but it’s an awfully loaded act, isn’t it? We think so too. This is why we are booking the first tour of our newest production: If You Can Stand The Heat: The History of Women and Food. In the show, we will address women’s consistent anxiety around food and the body, we’ll feature a handful of lady culinary heroes who contributed to the menus of our daily lives, and we’ll investigate what responsibilities we have as surplus-food American citizens to the under-nourished nations in our global community. The show is a hilarious, flour-dusted, theatrically surprising stage conversation meant to dissolve fears of food borne from obliviousness and encourage freedom of the fork.

As we’ve toured across America, we’ve noted that the most pervasive issue young women want to tackle in our poster-making activism workshops is around BODY IMAGE. We realized we have a lot to talk about, a lot of work to do, and a lot of bread to knead while we do so.

The show involves 3 performers, a photoshopped chorus of satirically charged images (per usual), and live food preparation. Spoiler alert: I wouldn’t be surprised if somebody got a pie in the face.

We’d love to come to your town and get the dinner party started and the word out. We’re touring If You Can Stand The Heat: The History of Women and Food January 2010 through May 2010. Of course, we’d be happy to head your way anytime, but scheduling performances as we tour will help reduce costs associated with the performance.

Come visit us: www.ggontour.com. We tour a variety of different shows and workshops. You can check it all out there!

We can’t wait to dine with you.
Oh, and by the way, we chew with our mouths open! Don’t tell our moms.
Posted by Guerrilla Girls On Tour at 8:56 AM No comments: