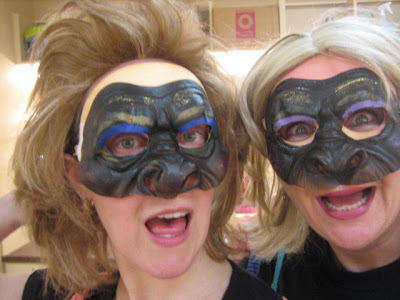 I'm sitting at my post modern, neo-classical, hand carved, bio-degradable wooden desk. I am staring out the window. It is winter still in Hell's Kitchen New York City, but oh my diary, it was spring in Arkansas. Arkadelphia, Arkansas to be precise. What a beautiful place and what a glorious time I had!!! I was also very honored that the Vice President of the school attended the performance and said afterwards he learned a lot from our show. I was very happy to hear that. Sometimes I look into my family heirloom-passed down from many generations-too big for my apartment-but too sentimental to throw away- mirror and say to myself "Edith, Why do you still go around making a spectacle of feminism? Everyone knows what equality means." But in reality, everyone does not. It is still a confusing concept for some.

Let me assure you there is enough space, homes, lovers, jobs, religions, politics, flowers, clouds, blue skies, shooting stars and dreams for everyone to live their lives without discrimination. There just is. 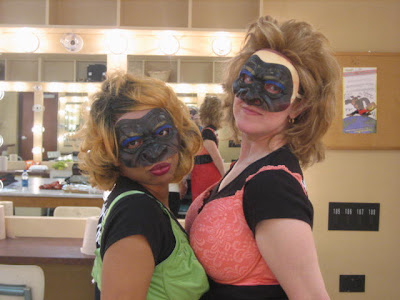 (me on right and Josephine)

That's all for now. I love you Henderson! Good night, and good luck!

Posted by Guerrilla Girls On Tour at 9:03 PM No comments: