THE TONY GETS IT WRONG

Number of women nominated for TONY's

0 best revival of a play

Direction : Play: One and a half nominations

Direction Musical: 2 nominations out of 4!

Choreography: Also 2 out of 4! 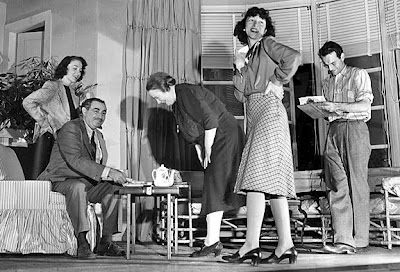 Antoinette Perry (for whom the TONY is named) directing the 1940 Broadway production of Glamour Preferred by Florence Ryerson and Colin Clements.

Posted by Guerrilla Girls On Tour at 12:35 PM No comments: