BITCH and BUST and Memoirs of A Guerrilla Girl On Tour

We heart BITCH and BUST magazines for heartfelt reviews of "UN/MASKED, Memoirs of a Guerrilla Girl On Tour"

"As a freshman in college, I saw a performance of the Guerrilla Girls on campus.
I remember the charge in the air among women’s studies undergrads sitting toe-to-toe
in the amphitheater as we listened to the impassioned language of these women—in
an effort to preserve anonymity, they all wore furry gorilla masks and used pseudonyms
drawn from female artists such as Eva Hesse, Frida Kahlo, and Hannah Höch—
speaking on discrimination in the art world and their efforts to combat the lack of representation through direct action.

UN/MASKED: Memoirs of a Guerrilla Girl On Tour brought me back to the excitement and sense of possibility created that night, all through writer Donna Kaz’s vivid, unsparing recollections of her years (1995–2012) with the feminist activist and artist collective. Kaz applies in 1995 and learns the Guerrilla Girls are seeking “new and energetic members… who can bounce the Girls into a future where when people talk about art they also talk about gender parity for playwrights.” As a playwright in New York City, Kaz had learned about the group when a friend shared a copy of the book Confessions of the Guerrilla Girls. After several enthusiastic re-readings, Kaz imagines a new direction for the group that has taken the art world by storm with their statistics on the absurdly low representation of women and people of color in the Museum of Modern Art: “I envision an attack on sexism in the theatre world….What a coup it would be to name the theatres that do not produce women playwrights or plays by writers of color. How cool to prove bus companies are more inclusive in their hiring practices than
theatres are.” 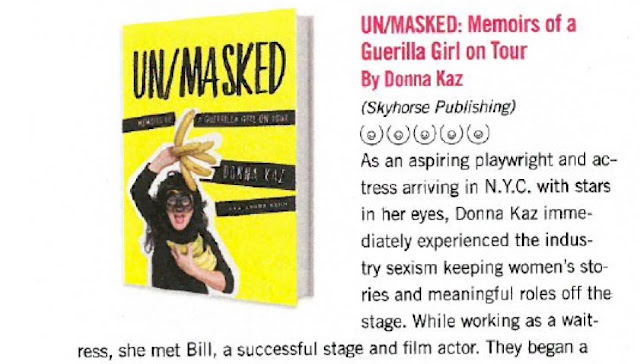 Posted by Guerrilla Girls On Tour at 9:00 AM No comments: 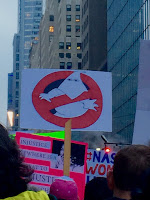 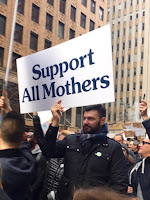 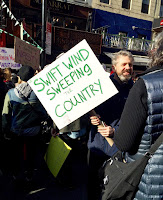 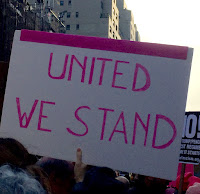 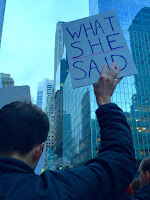 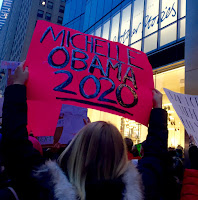 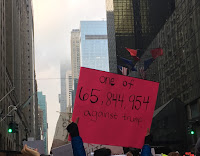 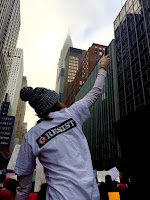 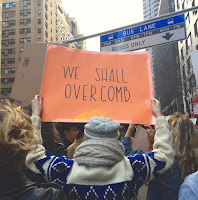 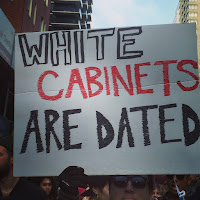 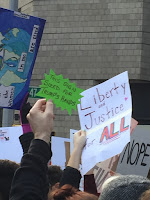 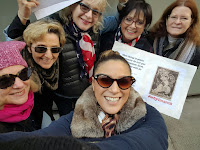 Posted by Guerrilla Girls On Tour at 1:13 PM No comments: