No comedy allowed at Theatre of Dionysus

Maya Deren, Julia Child and Aphra Behn attempted to don gorilla masks today for a photo shoot at the famous Theatre of Dionysus in Athens, Greece. As soon as we began our comedy routine amid the ancient ruins a guard began yelling at us to STOP! Apparently masks, which used to be de rigueur at the centuries old theatre, are now banned for fear of someone making fun of Greek Drama on facebook. There's a tragedy at the Acropolis and it isn't "Electra!" 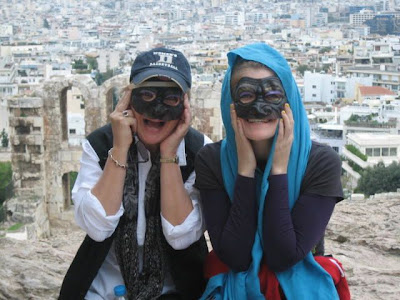 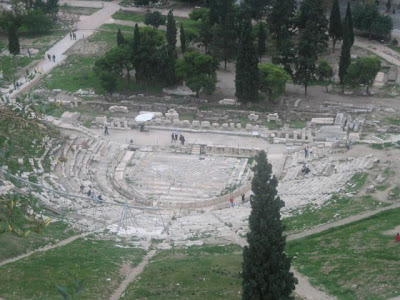 No comedy or gorillas allowed in this theatre. 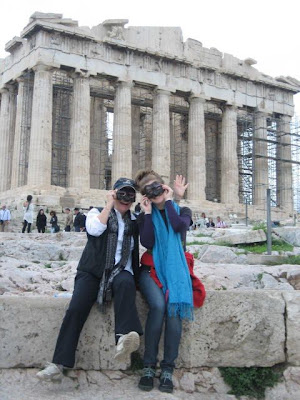 Athena rolls over in grave.
Posted by Guerrilla Girls On Tour at 10:16 AM No comments: 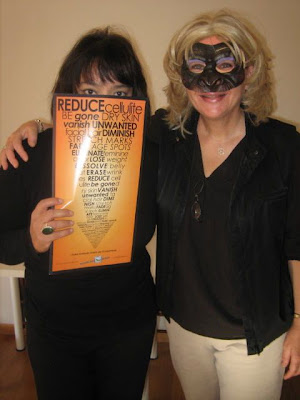 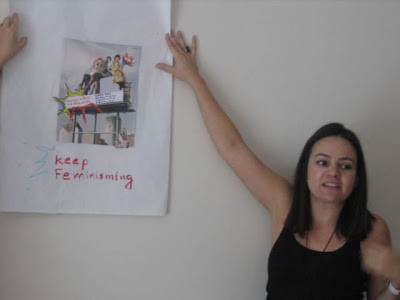 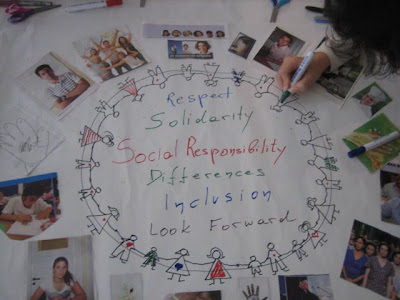 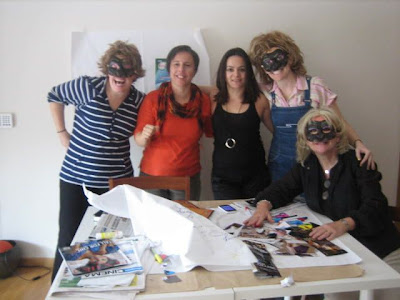 Check out some of the posters and activists who attended our Athens Poster Workshop!
Posted by Guerrilla Girls On Tour at 11:51 AM No comments: